Some life stories of our Present clients. 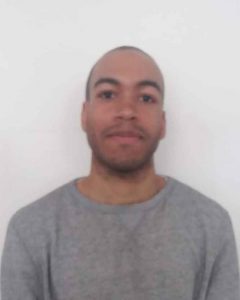 Some words from Calvin about his support worker.
“Aves Housing has helped me to be independent,  feel more confident and has supported me very well throughout my time with the trust.”
“I am very happy and grateful for the support received.”
“Special thanks to Daniel my support worker, he always listens and acts when needed.” 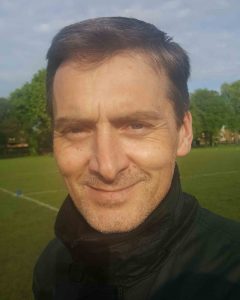 Liam served 20 years for his country in the British armed forces which included several tours in Afghanistan, Africa,  the Gulf war and Northern Ireland.  Shortly after leaving the army he became homeless.

Diagnosed with PTSD Liam knows exactly what the challenges are following a life in the army. Liam came to Aves Housing in April 2016 and immediately set a plan for LHT to provide specialist support for ex-squaddies.  Liam now volunteers with LHT and set up the Veterans programme.  This provides specialist supported housing for ex-servicemen and women.

Liam has successfully supported clients from STOLL and the British Legion into housing. 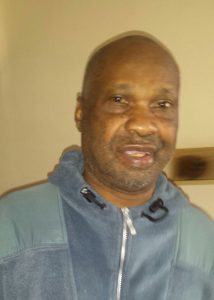 I am Philip Jones.  Aves Housing has been supportive to my wellbeing.

I am suffering from Dementia which affects my daily life skills.

My organisation skills have also been supported through my support worker Ben, who assists me with daily tasks.

He helps me with my GP appointments and to go shopping. Without Ben helping me I don’t know what I would do.

Its my birthday next month.  I’m 60 so Ben has offered to help me to apply for sheltered housing at Croydon council. 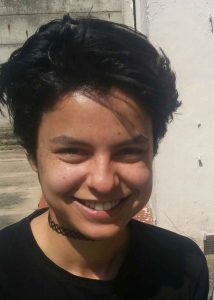 When I first came to Aves Housing, my circumstances weren’t great, I was having problems with housing, family breakdown and unemployment.

Since working along side my support worker Aisha, I have managed to obtain various employment and have furthered my goals of re-establishing contact with my family and am taking steps further into moving on into stable accommodation.

I definitely feel supported with whatever I bring to Aisha, I find the 24 hour service to be a great asset as you can get support when ever you need it which makes me feel safe even though we are living in the project independently.

More important it’s nice having a support worker who is friendly and approachable and who acknowledges that I’m a human being and not an Inconvenience which I have experienced previously. 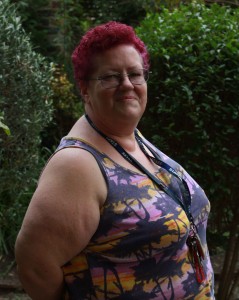 Pat has been a client of LHT since its inception and has recently been elected Secretary of the Client Involvement Committee.

She has been a vital part of the team for many years and has a lifetimes experience of the benefits system.

She recently obtained qualifications in housing law and is currently completing her level 2 in Health and Social Care.

She once told us that her only ever job was working in a laundry and now she is a central figure in the running of the organisation.

Pat has also been a full board member since 2012. 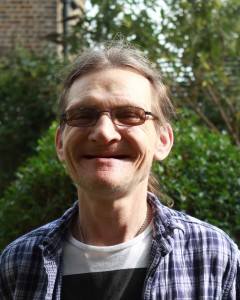 Roy came to us after he lost his wife in 2012. And was unable to cope with the 3 bedroom maisonette after her passing.

We obtained a self contained accommodation for Roy in the Catford Project that was easier to manage.

He was elected onto the main board in the same year and with Patricia Songhurst  make up 40% of our board numbers.

Roy is a very active board member and actively gets involved with all board meetings.

Roy is currently looking for a move on into sheltered accommodation but would like to continue with his board responsiblites after he has left. 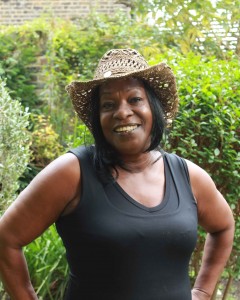 Shirley is one of two house representatives at Cliff House.

She has been with us since May 2011 and is one of our longer standing clients.

Shirley is entitled to a self contained sheltered accommodation but Shirley says  ‘I’m happier at Cliff house as it has a good community feel and is the center of LHT functions.’

‘I enjoy the daily goings on and I feel connected to the local community, I’m going nowhere soon.’ 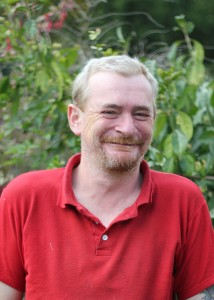 Tony comes to after after being expelled from second stage rehab. Tony told us that he returned to work to early and the stress of it triggered him to drink again.   Tony spent the further 8 months sleeping rough.

After being referred to us we provided Tony with the opportunity to join the Brockley Project.

Tony is a highly experienced builder and has to joined our in house maintenance team.  In the first week he assisted our maintenance team to paint the Brockley project to a very high standard!

Tony has registered with a local GP and fully intends to start a detox program when his is ready. 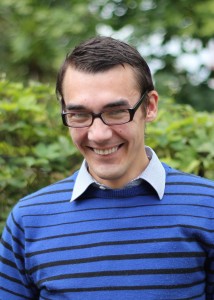 Edvard is from the European Union.

He came looking for work but wasn’t able to find either work or accommodation, so he ended up sleeping rough on the streets,or whenever possible, he stayed in various night shelters.

Edvard was referred to Aves Housing by Gavin @ 2-step, & he moved into the Elmdene project in August 2011.
Edvard’s hopes for the future are to find work, to move into independent accommodation, & to improve his English. He will start an an ESOL entry 1
beginners course @ Lewisham College in January 2012.

He is currently claiming ESA after a recent life threatening illness.

Fitz Gabbidon
Shane has been very cooperative and professional and listens to the occupants at 37 Brecon. He makes sure everything fits in place according to the companies rules and everyone feels at home. He is a very good asset to the company.
Read more

PRECIOUS Okolie
I am an offender manager and one of my service users informed me yesterday that he was now street homeless due to a change in circumstances. I made a referral to the AVES housing team and was able to liaise with a lovely lady named Chelsea Jenkins. Chelsea was so helpful with assisting me with all my queries and requests. Chelsea stayed on late to be able to place my referred service user in an emergency room. Proceeded to make him a coffee and offered him something to eat. She also provided a mental health assessment form and a keywork session in order to fully support my service user in a person centred way. I would definitely use this service again all thanks to Chelsea. So very helpful especially in a time of sudden crisis.
Read more

Lewis Holder
I don't usually write reviews but i wanted to say a massive thank you to my support worker Ebony for going above and beyond for me. Sitting in A&E with me for over 3 hours ensuring i was all okay. I am completely satisfied with Aves housing and the support they offer and provide. Thank you!
Read more

jamal elsaaidi
Very easy to register details on their online website page. Once registered they get in contact with you very quickly and if their are vacancies available they are very quick in housing tenants.
Read more

“I have had excellent support from my support worker Phillip. I am enjoying my volunteer work & I am now vice-chair of the Tenant Panel. I have also set up the Veterans program. This provides specialist supported housing for ex-servicemen and women.”

”I’m happy with Anita’s support. she listens when I have a problem, I’m enjoying volunteering and Tenant panel. I am also a full board member and have enjoyed my position for many years. I’m happy for my comments to be put up on the LHT website.”

“I was very happy to be given a place with Aves Housing. I am very grateful for the support given to me by the Aves support workers (among them Anita Faloye and Chuck) and the GLETS maintenance team (for whom I’m I’m a volunteer) Over the past few months, I have had health problems and the support I have received is very good. I enjoy my work with GLETS . My most immediate plans are to improve my health.”